5 Things to Know About Chinese Culture When Negotiating With Suppliers 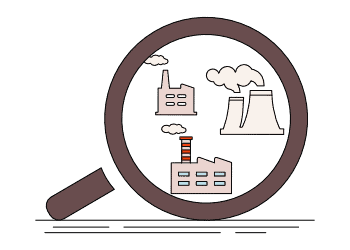 Doing business in China can be a wonderful, culturally enriching experience — not to mention a profitable one! But new buyers shouldn’t expect it to be as straightforward and simple as trading within their home countries. Finding the right balance of business acumen and cultural sensitivity may take several tries, and as with all things, patience is key. We hope these tips will help ease the transition and put you on a path to prosperity.

1. Keep an open mind when it comes to food, dress, social conventions and language. But remember, no matter what country you’re in, business is still business.

It’s common for new importers to be intimidated by the seemingly vast cultural difference between Chinese and Western businesspeople. And to some extent, this is certainly warranted: if you’re planning a visit to China, expect a bit of discomfort while you adjust to the culture shock.

Be on the lookout, however, for unscrupulous suppliers who would take advantage of your lack of Chinese cultural awareness in order to pull the wool over your eyes. If a supplier is unwilling to provide references, show you a copy of their import/export license, or agree to a factory audit, don’t be too quick to chalk it up to clash of cultures. It’s just as likely that they’ve got something to hide. Either way, it’s probably time to politely decline and move on to the next potential supplier on your list.

In China, however, a supplier’s lack of expertise, experience or capability in a particular manufacturing field will rarely stop them from entering into an agreement where they see the potential to turn a profit. Don’t assume that any supplier who agrees to produce your product is actually qualified to do so.

It’s also not uncommon for a supplier to tell you “Yes,” to your face simply to avoid coming off as a bad host, only to leave you to find out later for yourself that their factory is totally unequipped to fulfill your order. Treat “no’s” as no, and “yes’s” as maybe, at least until you’ve had the chance to verify things yourself.

Due to the hyper-competitive nature and razor thin profit margins common to the Chinese consumer goods manufacturing industry, holding out for a long term return on investment is a luxury many suppliers simply cannot afford. Suppliers are much more likely to spring for a payoff in the short term, even at the expense of a better return over a longer period of time.

This means for a savvy buyer with enough cash flow, negotiating a higher upfront payment can clear the way for more favorable per-unit costs down the line. One big short term payoff for them can help ensure sustained profits in the long term for you.

4. Don’t discount the importance of forming personal relationships with your suppliers.

Underneath the cultural and language differences, not to mention the geographical distance between suppliers in China and buyers in the West, it can be easy to lose sight of the fact that suppliers are people too. Don’t make the mistake of assuming that a supplier’s every friendly gesture is just a tactic to get you to let your guard down.

Where appropriate, show an interest in the personal lives of your Chinese business associates. If they’ve introduced you to their family, consider introducing them to yours as well. If they’ve offered to show you around their hometown, extend the same courtesy to them. Not only does this show that you’re pleasant to do business with, it could also help protect you from intellectual property theft down the line. At the end of the day though, there’s no real replacement for an educated, well-informed buyer.

5. Get everything in writing.

In Western business culture, buyers and sellers can generally depend on courts of law to enforce certain terms even when they’re not explicitly written into the purchase agreement. In the United States for example, “lemon laws” establish implied warranties for the purchases of most new cars, regardless of whether an explicit warranty is offered in writing at the time of sale. If your new car breaks down shortly after you’ve purchased it, your implied warranty likely entitles you to restitution from the seller.

In China however, largely due to the relative immaturity of the country’s current legal system, there are few if any implied warranties. Buyers shouldn’t expect to hold suppliers to any standards that have not been signed and countersigned as part of the purchase agreement.

Remember, practice makes perfect. Don’t get discouraged if your first few attempts don’t go as smoothly as you planned. Failed endeavors, or less-than-successful ones, are your most valuable learning tools. But for buyers who cannot afford to travel around the learning curve at a beginner’s pace, we recommend a service like Guided Imports. We’ll work with you to help ensure your venture into the wide world of Chinese manufacturing goes off without a hitch!